I’ve received a lot of messages asking what is around and new at the moment. So I’ll tell you what I know and it’s not much new that I can tell you about at the moment but below are listed the latest updates that are known at the moment. These can of course change, be different etc without a lot of notice but at least you’ll have some idea on some items of radio “stuff” 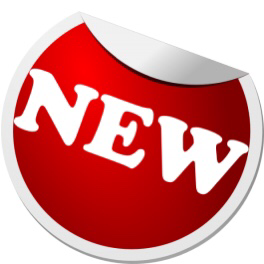 For those waiting the Team Expert1 (12/24v), CRT2000, Optim Voyager, Stryker SR-94HPC, Anytone Apollo II seems that will come to market July or August. Not so much a delay in production but Qixiang are busy and everything comes in time. They’ve a lot of ODM stuff going on so sit back and wait. Team MobileMinicom the related radio to the CRT One N with a signal meter and blue display. Both radios have improved stability, under the hood ASQ changes and little tweaks here and there. Both should be available now. Midland M-10/M-20 prices are about now but no idea of release dates. President McKinley USA slated for September release but otherwise nothing at all known. Low Noise Grant II Premium appeared and is a step in the right direction to a noise free radio. Nanfone and Luiton expect to see some of there radios under different names as it is planned for an EU reseller to stock some in the forthcoming quarter of the year. Stryker SR-447HPC2 which looks pretty good on paper comes I understand from dealers in the USA. More information not known at the moment. First M-Tech Legend IV which is not Uniden comes to EU in the next months. Will be a lot cheaper than some have expected (news from dealer who will sell it)

The rumours: Apollo II with SSB not happening. So many say how much they want it, but would be more expensive than the AT-5555 for example when all R&D completed so then people would say “too much money” and buy the cheaper solution so nothing going on. CRE 8900 Mark II. Asked about it and I can say seems not true. Nobody else heard of it other than two guys so maybe not happening. Detachable fronted AM/FM or SSB radio? There seems some traction here as spoken to people in Korea and Taiwan and appetite there is for a detachable fronted SSB radio. I was told not in 2016 but await a surprise in 2017 which could include Bluetooth microphone combination (Believe it when I see it) MAXLOG no news. RFLimited with the excellent Magnum1 out there I think they’ll be up to something. What is sure they are back. Ranger RCI 2970N4  is the only thing I know of now but could be a lot of sneaky stuff being done quietly.

Thanks to all who’ve told me information. Without you all the blog is empty.

4 thoughts on “Anything New Happening?”