I initially thought this wasn’t news worthy as it was word of mouth messages via email. But now it’s appeared on social media then I thought why not add it here as it’s confirmed by one of Europe’s Premium dealers. Add to this some dealers are interested to make you a good deal on the radio, one of these is Ronald at Truckerswereld in the Netherlands. He has messaged me that if you mail him on the link provided at the end maybe he can do you a good deal on the radio: http://tinyurl.com/y8vagg7f

This is the best of the Grants released but in my opinion it needed variable power, better way signal to noise is resolved but that’s been mentioned so many times already. Dealers across Europe have latest shipments in stock, nothing new on horizon so this is just an advisory that in the future the radio will take its curtain call. It’s always a matter of conscience whether to say about these discontinued radios as dealers could get sales issues but when mentioned in emails, SMS messages, Facebook and other media then seems not many care.

*As nothing new SSB appears to be coming maybe it’s component related as Murata we’re going to stop filters which this has Inside. Nothing confirmed, nobody asked, just thoughts that’s all*

President Balaruc emails me that the radio “isn’t discontinued at all” and remains a current product. So, I’ve added this here as they say it and they should know it….

BUT, I’ve heard from dealers in 5 countries when it’s gone it’s gone. It’s been on Facebook, Twitter that it’s the last Radios then it’s gone.

SO, it’s current and not discontinued.

So will call it…. 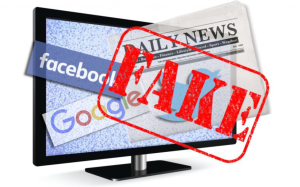