I was asked by a reader of the blog how is the blog doing? So here is a half year report of what is happening. I think it is doing not bad.. All the information is below:

Six months today will be Christmas Day. So below is the half year report for the blog, the views, comments and how many messages and countries viewed we have been in the six months from January 1st 2014

Countries Viewed: As of today there are 189 countries and dependencies.
Todays Top 3 At the moment are: 1) Canada 2) United Kingdom and 3) Poland

The most searched Google Terms So Far in 2014 are: simon the wizard, UK Legal SSB, President CB Radios, Anytone AT6666, Legal AM, President Lincoln II Modifications, Storm Extreme, President Grant II reviews, DIY PMR446 Antenna, Maxlog 8800 review, what is the computer port used for at the back of the president Lincoln II cb

Another excellent search term used: Is Simon The Wizard Radiozing. Never see us in the same room, that is sure…

Over 100 subscribers receive an email when an article is published

Articles from the blog have been copied to other blogs and forums over 2,872 times. Figures from external sources within the Dashboard of the software.

Social media is changing and changing how people communicate, abuse, copy and many other matters. Reported acts of abuse for the six months stand at a little over 100 and most of all these are from the UK. O2online, TalkTalk, Virgin media being where the top amounts of abuse, spam are from and the most networks which have been reported. IP Addresses from Midlands upwards mostly.

Everyday the contact formula is used and viewed over 300 times and in total since FEBRUARY when it started to get busy on the blog there is at least a minimum of 15 contacts made everyday. The most received in one day was 97 messages. The messages come everyday, some now as direct emails as I respond directly so the email traffic does not die during the year.

But what is the most important is that the hobby still has people interested in it. Sure some complained about the amount of President here. But see the statistics, watch the read figures and they are searched every day, and read the most times of anything at all. Qixiang was also googled a lot, and searches put them to here based on tag lines. Yesterday the “Homemade Gain Master” was viewed on the blog in 92 countries in the day.

CB Radio was always the same, there are often more than not people talk down something than go and buy it. Whether it be antennas, amplifiers, radios or mikes. I will here publically say I would not want a Bentley or a Ferrari as they don’t make it in a colour I would like.. Where as if I had the cash I would call and ask them to make that colour for me.

That is the Top 10 in no particular order, but the most looked for on the site.

And in conclusion what it shows are that companies need to be out there, need to be on all forms of social media, twitter, Facebook, google+, hulu, Instagram and pass onwards what they are doing and what is coming up on the horizons. Those which sit idle, don’t listen, don’t evolve and change with the times are the ones which will in the end no matter the product be swallowed up. Radio production changes, more and more PC compatible for programming radios but as we see with the AT6666 the options on the software are so limited it is not worth releasing. Personalisation is what people want, they maybe don’t need it but the way to change the radio into how you want it is where evolution on the marketplace is coming.

Better is the time when a company pre releases something about what they are working on than us guys guessing what is happening. CB Radio Magazine USA, David M0OGY Ogg Media, Thijs from CB Radio.nl and others we are looking for the same thing, the next new thing. Now in 2014 it is better to have a forum on Facebook, see your members and let them have something first to see. We have the Lincoln II forum on Facebook which evolves to ALL THINGS President and that has some lively chatter. Make use of the platforms that are out there.. We all know how much shit hit the fan surrounding Lincoln II photos from 16 months back.. That was a bad call on my side.

The remainder of 2014 we will be searching what comes up. Sure there are many things in the pipelines as we speak. News of a budget sub 400 euro HF Radio. Maybe the Chinese X108 will be the start of something special? News SSB Radio from Cobra being touted by some people who have asked for it and provided ideas in the UK as coming soon. New Team “PRO” 10m radio. New amplifiers, new antennas, new microphones and new radios. 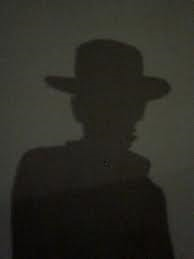