I’m writing this on the 30th March and it will be released some days later in the case I’ve different ideas to what I have now about this super small Stabo radio. Actually it’s really quite well thought out! There is a lot more EU inside it than China. That’s a key selling point first off. Powered by a 13QN10 transistor so that’s a guideline to where it’s at shall we say.

Guessing that A, B and C are unlocked here but why bother? Think I was hit with a brick recently but I don’t see the point of expanding these. Hmm saying that I did expand a Taylor 3 and reversed it! There are a few more watts available but why strain and loose the warranty.. My warranty is gone as I went looking inside and broke the stickers so don’t do the same! Buy an amplifier if you need more power. President no adjustment board so will be “god mode” enabled in some form or another. Let’s say export mode gets you 26515-27855 AM and FM. Use band d and it gets you 26565-27405 and then 26965-27405 is the same as EU so nothing gained and 27415-27855 is mostly destroyed by SSB operators. Waste of time! Like the addition of a dedicated rU band. Awesome idea and makes it more sellable. True PL can do the same but really like the idea. Controls are good, sound is strong, ASC behaves mostly ok but did have the odd weird experience with it. 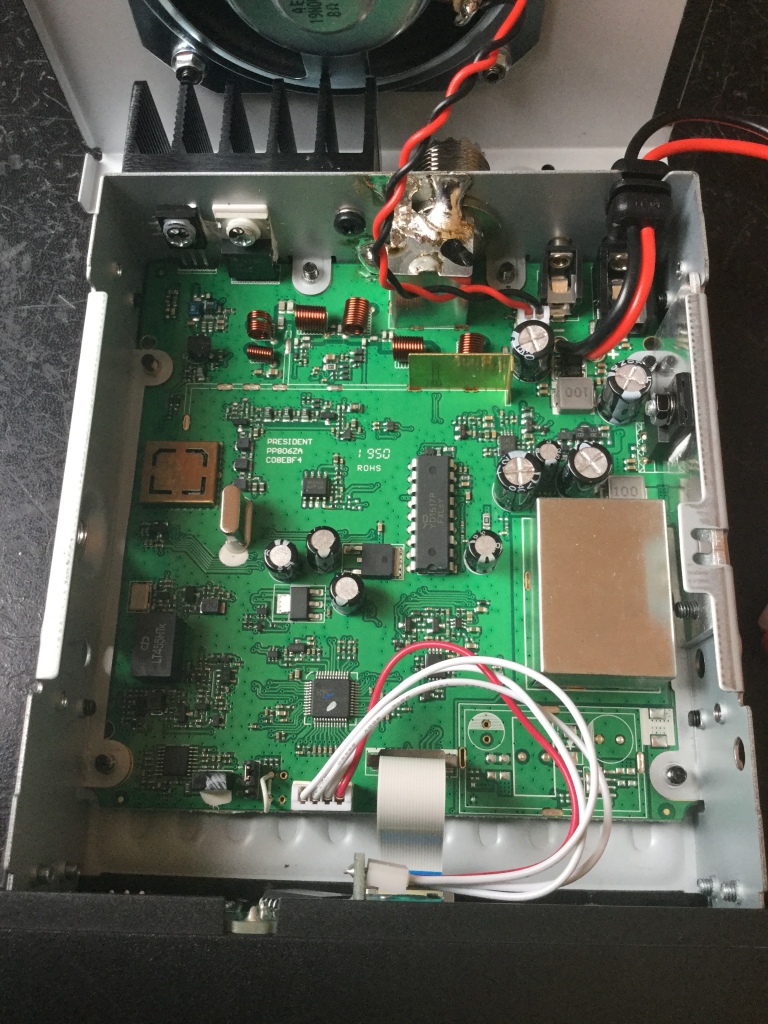 Board looks in some way like the CRT Mini V3 but with lots of changes here and there. President don’t use plug and play boards so the software, components and other odds and ends are different it’s easy to see. This will come from President in some way or another. Different front, maybe with something extra inside or a feature or something. There is something weird, different, the same but different with this little (I mean little radio) and with addition of VOX will become a very important addition. Downside is it’s EXPENSIVE €210 plus shipping.. Saying that it’s got something. I don’t know what it is, but it’s like a Harry II somewhat in appearance, has a touch of Andy and Barry, plus something else…

But what’s the something else? I’m still trying to find that conclusion.

Find another way to enable HP mode. It should be possible via component or something like with other makers radios (CRT / Team / Jopix) Not make it obvious just make it. You’ve ultra smart people locked in the dungeon and sure they’ll know the way to implement it. Then export mode not needed! Just usual bands and HP.